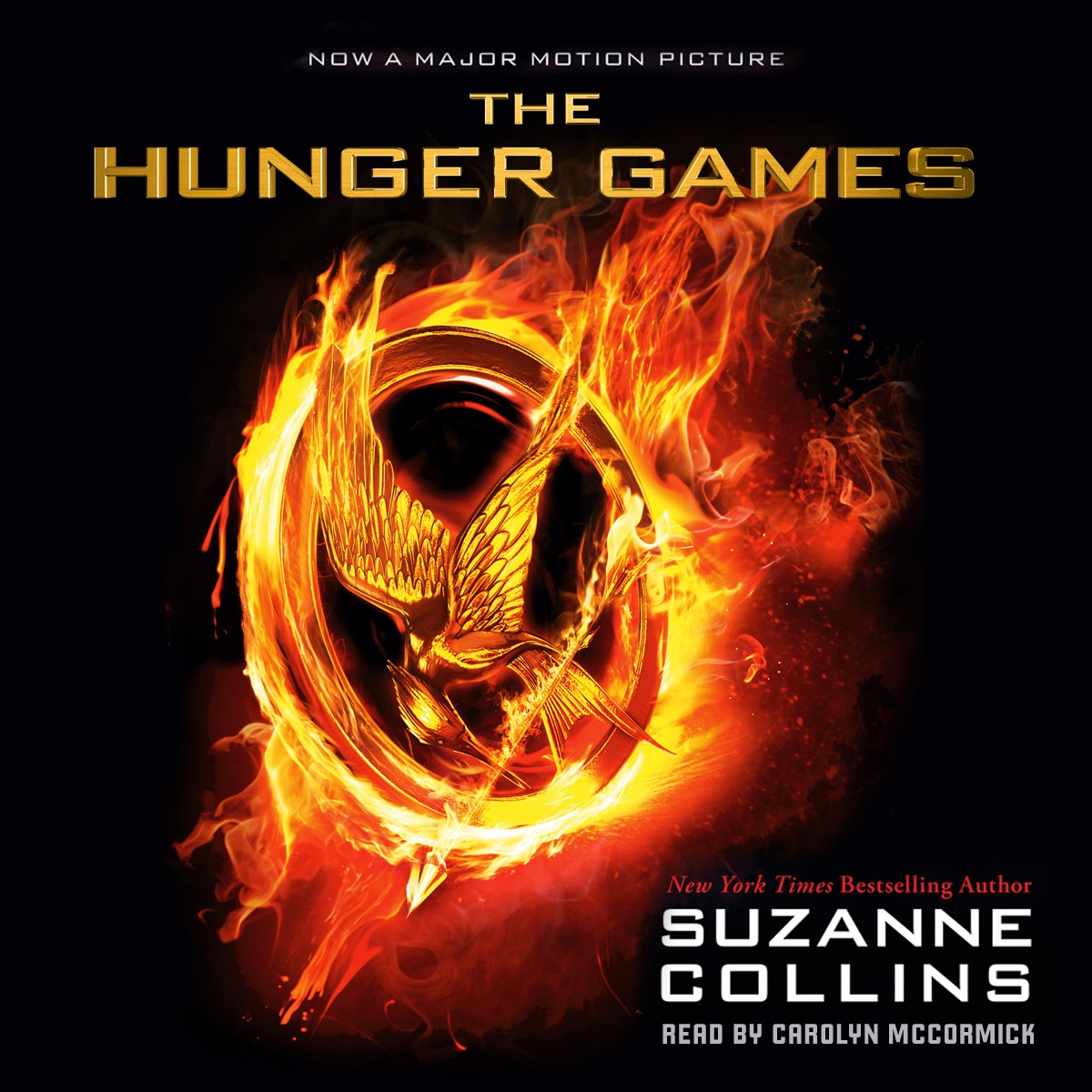 Oh. My. God. I can't believe I waited so damn long to listen this audiobook! It's great! Every free minute I had over the past few days I've been glued to it, reading. If only I didn't have to work, I would listen all day, lol!
This audiobook is excellently balanced between the creepy monsters, psychological games and just the scary fact of being a teenager in such a world. Still, Katniss despite her young age is the primary provider for her family.
I finally managet to find some listening time for this book because it came up in a conversation at work the other week. We were discussing what books to order for the English class and some of my coworkers wanted suggestions for books. I suggested The Giver and this transformed into a discussion if our students would be able to handle the themes (I don't want to ever discuss that again, I might get a stroke or something). I ended up pointing out that that most kids today LIKE reading dystopian novels. They really love them for some reason. Children can HANDLE dystopian novels just fine. Then I showed The Hunger Games as an example. Since I hadn’t read it myself a colleague of mine supported my opinion and that was the moment I realized I have to read it sooner or later. Since I read it I've completely sure that's a novel that needs to be in our school library. It's definitely a book the kids will enjoy discussing in class and there's a movie too, which is always nice for educational purposes.
I'm pretty positive that the students would relate with Katniss. Yes, there aren't actually any Hunger Games in the real world but I think they can identify with the feeling of being powerless. Although they have the choice in what education they get, it's quite limited. They're expected to make choices but they're not really given any real freedom. They can definitely identify with the general level of helplessness that Katniss experiences. The theme of trust in the book is also very relatable. Who can you trust? Our students don't have to battle each other to the death, but I’m sure that sometimes, for them, high school feels much like the Arena. Add the fact that Katniss has no clue who she is or who she wants to be. It's been two months since the term started and we still have kids changing programs/classes almost every day. They just don’t know.
I have a love/hate relationship with Katniss as a character. On the one hand she I find her to be incredibly admirable person. She looks after not just her sister and mom but also others in the Seam. She is resourceful. On the other hand, she is a whinny teenage girl, and I spend my days with them. To be honest, there are some mitigating circumstances. I would probably whine too if I was sent to my certain death. However, I also didn't like her behavior towards Peeta. She is extremely suspiciousand can't believe that someone would love her. That makes me sad. It makes me wonder what life would be like in that society. Or really in any society where can't really trust anyone. That's probably the scariest part of the book. The absolute lack of trust that the citizens of Panem have for each other.
This book was very well written in the suspense department. I can't possibly count the times I thought “just one more chapter” and “BUT YOU CAN’T STOP HERE I REALLY REALLY NEED TO SLEEP NOW!” Collins likes to end every single chapter with a cliffhanger.
I think the “just one more chapter” experience was boosted by listening on audio. Carolyn McCormick performed Katniss's fear and frustration very well and managed to execute the cliffhangers with an audible cue that just made my heart skip a few beats and ultimately stay awake way after my bedtime. Her voice takes some getting used to, but I think this is true for any book you read. However I found her voice sounded believable.
I simply can't recommend this audiobook enough.